The stories of Winnie the Pooh are known globally. And if you go on an Ashdown Forest walk, you can see where it all began. It was this magical woodland in East Sussex that inspired the Hundred Acre Wood that Pooh and his friends live in.

Author A.A. Milne lived at the edge of the forest, in a house called Cotchford Farm. It was explorations with his son Christopher Robin (the namesake of one of the characters in the books) that influenced the adventures he created for the childhood characters we know and love.

However Ashdown Forest itself is actually much bigger than one hundred acres, closer to six and a half thousand acres in fact! It is the largest public open space in South East England and perfect for a walk with the dog, an adventure with the kids, or just an enjoyable day out to get some fresh air. Here’s where to find some of the main sights on an Ashdown Forest walk.

Pooh Bridge is a must visit on an Ashdown Forest walk

This bridge is the birthplace of the game, Poohsticks, a game first mentioned in the book, The House at Pooh Corner. It is a simple game where Pooh, Eeyore, Tigger, and Christopher Robin each dropped a stick over the side of the bridge. Whosever stick travelled fastest under the bridge and appeared on the downstream side was the winner.

The original bridge from the forest, called Posingford Bridge, is now owned by Lord De La Warr who owns the nearby Buckhurst Park estate in East Sussex. He bought it at auction for over £130,000 in 2021. The bridge you see pictured that is currently in place has still been around for a good 40+ years. It last had some maintenance work done in the 1990s, with Disney even paying towards it!

What is the best car park for Pooh Bridge?

There are over 40 car parks across Ashdown Forest so you’re best finding the closest one if you specifically want to visit Pooh Bridge on your Ashdown Forest walk. Pooh Car Park in Chuck Hatch (postcode TN7 4EX) is the closest, with a 15 minute walk to the bridge. There’s also a food and drinks cart, sweetly named “Winnie The Brew”, in the car park if you want to grab a drink to take with you on the walk.

Once you get to Pooh Bridge, it is an easy mistake to turn back round and head the way you came. However if you cross the bridge and up a narrower path, you can find Pooh’s House inconspicuously tucked away about 100 metres or so up the path. In a little cutaway to the left hand side, you can step into the hedge and here you’ll find Winnie himself with his little house and even his own mailbox! The jars of honey have been left by visiting fans, so he is never without his favourite treat.

You can spot the homes of other characters too on the way to Pooh Bridge. Close to the car park are stick teepees on the right hand side of the path. I’m not sure if these are intentional or not, but they are similar to what Eeyore lived in. In the books his home always moved location though, because it kept falling down!

You have to keep your eyes peeled for Owl’s House. It is high up in the trees but I’ll keep it a mystery as to how far down the path or what side it is on. This photo is zoomed in so it isn’t as easy to spot as it may seem.

A bit further along the route to the bridge you can also find Piglet’s House, nestled in the trees with his own name sign. A little red door very subtly stands out amongst the bark and leaves although it could do with a new lick of paint. He wasn’t looking his best when I visited – the area was a little muddy which meant he hadn’t fared too well!

As well as the magical aspect of Pooh’s stories being wrapped up in the forest, in general it is just a great place to walk and there are many routes you can explore. The whole area is affectionately known as Pooh Country and the view from certain areas really gives you a sense of how vast it is and how many walking opportunities there are.

The closest car park to this area pictured is Lintons Car Park (postcode RH18 5JP). It is about 2.5 miles from Pooh Car Park – having a car is rather handy if you want to fit in exploring multiple areas in one day. This area is more natural and had far fewer people around. There is no signage, and the landscape varies from flat woodland to open fields and hilly climbs.

Refuel at Pooh Corner after an Ashdown Forest walk

If you’re looking to refuel after a long walk, Pooh Corner is the place to come to continue the theme of the day. Originally known as Sackville Cottage, this property built in 1703 was historically a bakery and sweet shop. A.A. Milne himself would visit on a regular basis, as mentioned in his 1974 autobiography. It wasn’t until 1978 that Mike Ridley – a potter who manufactured Winnie the Pooh ceramics under licence from Disney – founded Pooh Corner.

It is based at the edge of the pretty village of Hartfield. The tea rooms offer sandwiches, toasties, jacket potatoes, salads, and of course, afternoon tea. The tea comes in a Winnie the Pooh teapot and you can even enjoy Pooh’s face on toast! There’s a good sized garden to sit out in, hidden behind the hedge offering privacy for visitors. You can even visit a museum and gift shop on-site too.

Ashdown Forest is run by a group of conservators. To find out more about what they do and to donate to their foundation, you can visit the Ashdown Forest website.

Have you been before, or planning a trip there? I’d love to know in the comments! 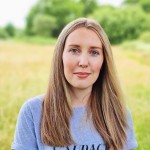 Sophie is a Content & Social Media Manager, and the Founder of Britain and Beyond.

You may also enjoy: